Are we losing forests from furniture manufacturing?

Many people today are concerned or even frightened by the prospect of worldwide deforestation, especially in the tropical rain forests.  These worries are very real, legitimate and shared by many furniture consumers.

The loss of rainforest may:

It is possible that the Amazon River Basin will dry up and the hundreds or thousands of species of plants and animals will disappear forever. 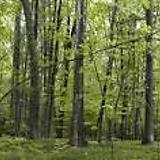 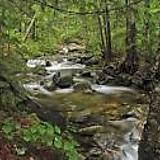 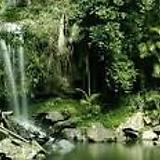 Some people argue that the developed nations of the world improved their lives by plundering the earth.  They sometimes ask what right we now have to tell the impoverished people of South and Central America that they can’t make better lives for themselves and their children.  This argument may be correct from an ethical point of view but it is extremely faulty from a practical stance.

When Europeans and North Americans were developing a new way of life that included furniture and home furnishings, the full impact of their actions was not understood.  In the middle of the last century, I was taught that Mother Earth was fully capable of cleansing the air and the water that humans were fowling.  This theory of global cleansing seemed very logical to a 10 year old in 1958.  People failed to comprehend, however, that the burgeoning population along with homes and furniture manufacturing was overpowering the earth’s ability to provide cleansed air and water.

I am not offering a judgment on global warming, either way.  In recent years I have started to lean the other way on the issue.  I tend to err on the side of caution, though.  If humans take radical steps to at least slow down the warming and it turns out that their actions weren’t necessary, what harm has been done.  If we continue to engage in business as usual, and we are wrong we can turn out the lights.

How does this situation affect furniture in relation to stripping the earth of its ability to sustain life?

Well, as fate would have it, the picture is not totally bleak.  According to Terry Porter, the author of “Wood Identification and Use”, several countries are growing more trees than they are harvesting, substantially more.  Porter states that in Sweden the reserves of timber have doubled since 1900.  Every year Sweden produces approximately 119 million cubic yards of lumber but only harvests about 76 million cubic yards.  Canada’s increase of timber is about 77million cubic yards per year and the United States has been managing timberlands for decades.

A furniture manufacturer that I represented in the 1990s used only its own lumber from managed forests.  The owner of the company told us that he planted more trees than he harvested every year.  This scenario repeats itself in the paper industry.  The paper manufacturers have no desire to run out of timber, so they manage company owned forests very carefully.  The wood used for paper production comes from fast growing soft wood trees and is being replanted at a far greater rate than it is being harvested.

Another consideration regarding wood use in furniture and home furnishings is the manufacturer of manmade lumber from ground up wood.  Parts of trees that were unusable several decades ago are now ground into wood fiber, mixed with glue and formed into boards that are used in furniture items.  The product is called medium density fiberboard (MDF).  MDF makes it possible to use 80% or more of a tree, a far higher percentage than the yield prior to the development of MDF.  MDF is denser than most woods, can be milled and is very resistant to warping and cracking.

What’s the take away from this?  Wood, both lumber and manufactured, is an ecologically sound material for use in furniture manufacturing and furniture construction.  It is renewable, recyclable and, before it is harvested, it helps to replenish the oxygen in the atmosphere  and scrub the carbon dioxide from the air.  There are some things to be careful of though.

As a very general rule of thumb, I would stay away from furniture made of  woods that you know are from the rain forests.  I would also avoid furniture made from any wood that is endangered.  How can you tell if a wood is endangered or safe to buy?  Here is a test that I apply to woods that I am not familiar with: if I have never heard of the wood, I won’t buy anything that is made from that wood.  To be responsible, though, you can check on line or refer to books such as the aforementioned “Wood Identification and Use” or “The Complete Manual of Woodworking” by Jackson, Day and Jennings.

There is an organization called The Convention on International Trade in Endangered Species of Wild Flora and Fauna (CITES).  This is the organization that was able to get a ban on trading in ivory.  Many suppliers now only sell lumber that is certified as coming from managed plantations, according to “The Complete Manual of Woodworking”.

Being a responsible consumer may be a little inconvenient but so is not being able to breath.   I have no problem not using Rio Rosewood, the use of which has been banned by an international agreement brokered by CITES.  Let’s keep that oxygen flowing.